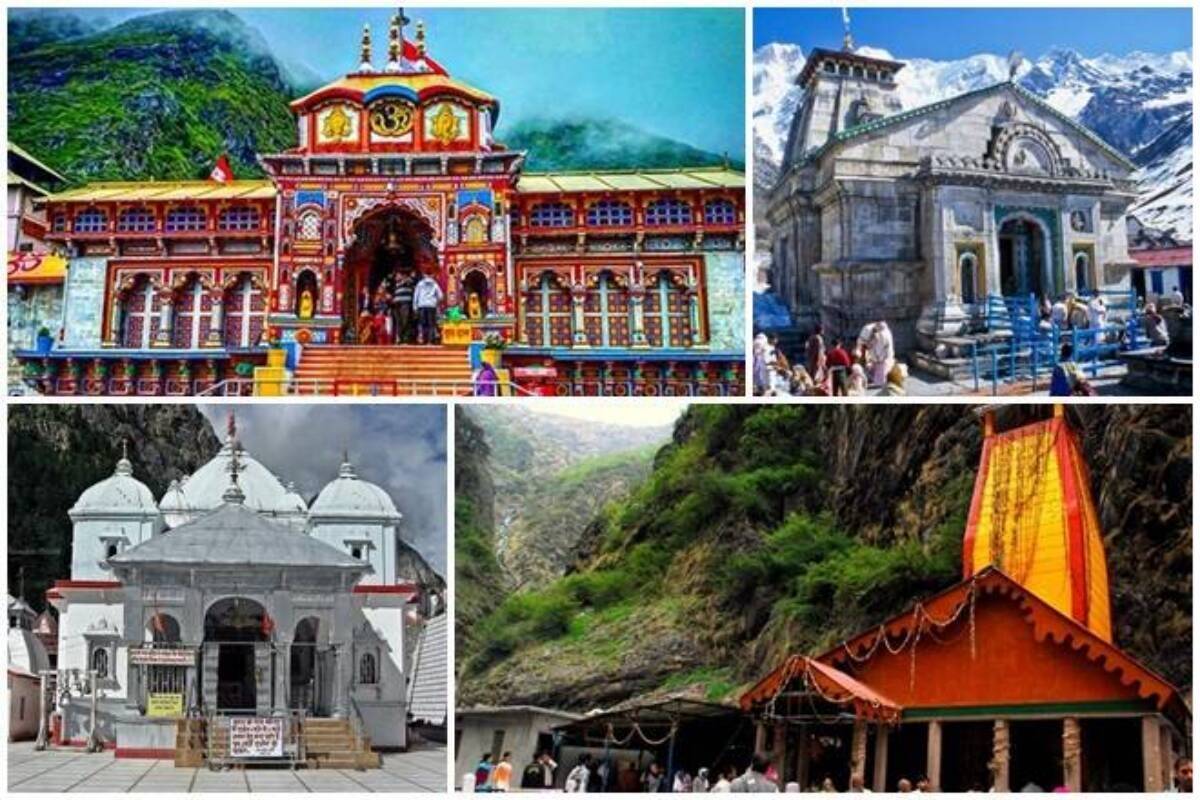 What is Char Dham Yatra and why is it so important? Char Dham, literally ‘the four abodes’, yatra refers to the journey up the mountains to four sacred temples in the North Indian state of Uttarakhand. It is also referred to as 'Chhota Char Dham' to differentiate it from the bigger circuit of Char Dham sites. The four temples that comprise Char Dham are Yamunotri Dham, Gangotri Dham, Badrinath Dham and Kedarnath Dham.Yamunotri Dham, named after the Goddess Yamuna is the first Dham in chardham yatra. A bath in the holy waters of Yamuna river is said to cleanse one of all sins and protect from untimely death.
Gangotri Dham, the second temple that falls on the Chota Char Dham circuit, is the birthplace of the holy river Ganga. Kedarnath, known as the land of Lord Shiva, has the highest located jyotirling. Situated on the banks of Mandakini River, the view of this temple against its snowy backdrop is resplendent. Badrinath, named after Lord Badri(Vishnu), is located along the banks of Alaknanda River .

So, where and how do you start on your Char Dham Yatra ?
Char Dham yatra opens on the auspicious day of Akshay Tritiya of Chaitya month and remains open until Bhai Dooj. The complete yatra will take you 11 to 12 days. If time permits, there are a lot of other diversions such as Gaumukh, Tapovan, Along valley, Bhauravnath Temple, Vasuki Tal, Chopta, Auli, and Hemkund Sahib. You can choose to start your yatra from Delhi, Haridwar, Rishikesh, or Dehradun, according to your convenience. you can begin your chardham yatra with Triplanza chardham yatra package our Triplanza chardham yatra pakage provide you a proper guidance along with all facillity with the lowest possible charge. If you are not able to accommodate all four dhams in your itinerary, Badrinath and Kedarnath Dhams are the recommended ones out of chardham toor package you can go for these locations as well we are always in time and your safety is our first preority.

Get in touch with our travel expert